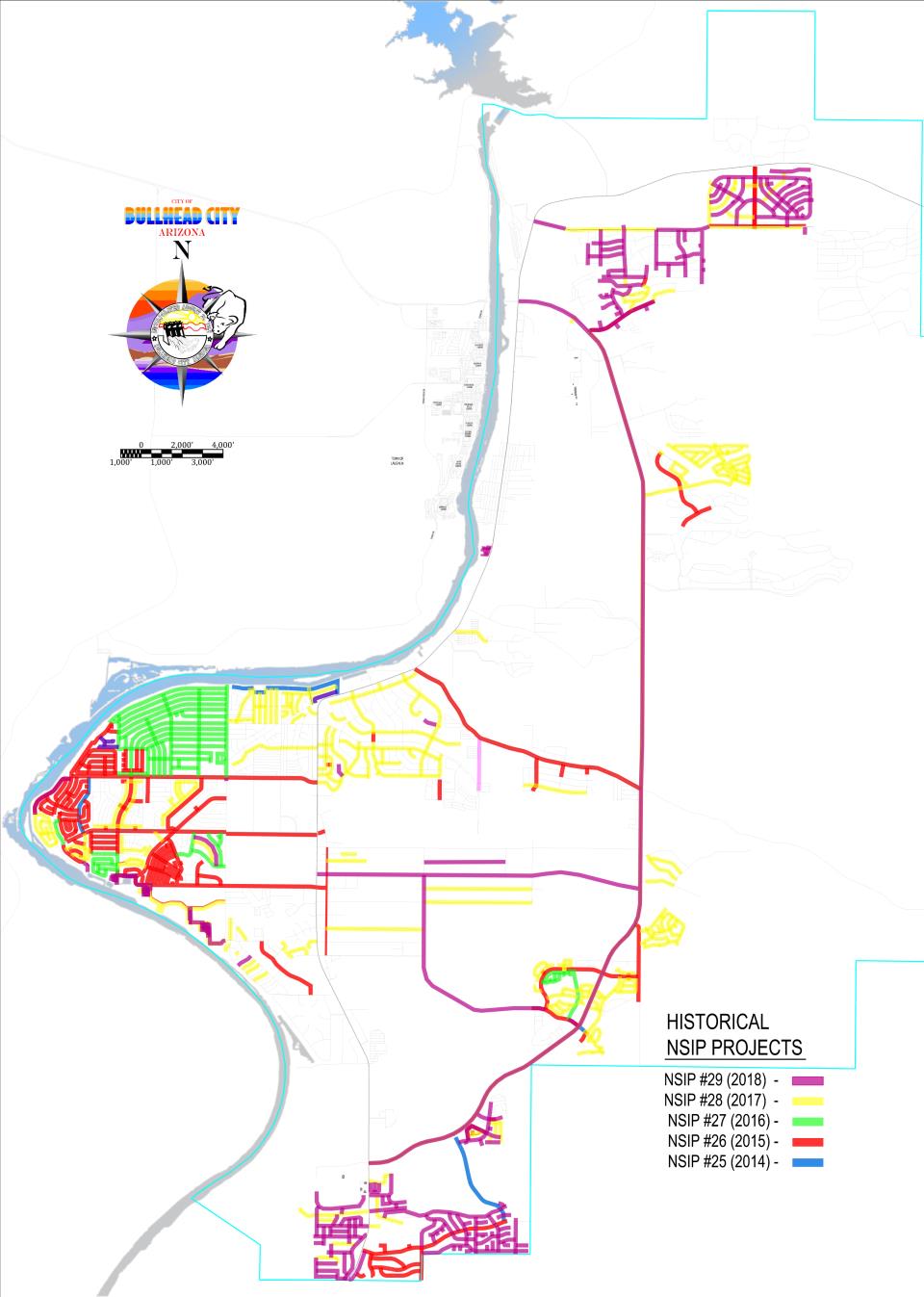 How does the City decide which 20% of streets will receive maintenance every year?

The City’s Pavement Management System (PMS), is a computerized database system that allows the City to record, track and predict maintenance on each street or section of street in the City. The most important component of the PMS is the inspection, rating and recording of the condition of all streets in the community.  Each street or segment is assigned a  numerical ranking, or pavement condition index (PCI) from 0 (worst) to 100 (best) of the condition of the roadway pavement, and is based on the distresses of the pavement that are visible to the inspector.  Such distresses can include roughness, cracking (alligator, block, longitudinal, etc.), rutting, potholes, bleeding, shoving, corrugations and other conditions caused by pavement distress.  To obtain the most up to date condition of the City’s streets, every street is inspected by Public Works staff annually and rated utilizing the nationally accepted PCI rating system.

In addition to utilizing the updated, current PCI rating for each street being proposed for maintenance, streets with lower traffic volumes and/or little development are sometimes replaced in favor of higher-volume streets in more developed areas.  The  program also tries to minimize the amount of travel between streets for the maintenance crews, which maximizes production rates for both Contractors and the City’s own staff.

The City’s street inventory consists of 4,916,678 square yards (SY) of pavement, which includes 455,736 SY for the Bullhead Parkway.  Therefore, the total amount of pavement the City maintains excluding the Parkway is 4,460,942 SY.  It has been the goal of the City for years to maintain approximately 20% of our City Streets each year (i.e. a 5-Year Street Maintenance Program), which would amount to 892,188 SY each year.  It should be noted that the City does not maintain State Route 95 or 68; those are the responsibility of the Arizona Department of Transportation.

Which streets will be serviced this year?

A complete list of all the streets scheduled for maintenance this year can be viewed by reading the CSMP 2018-2019 street list document. 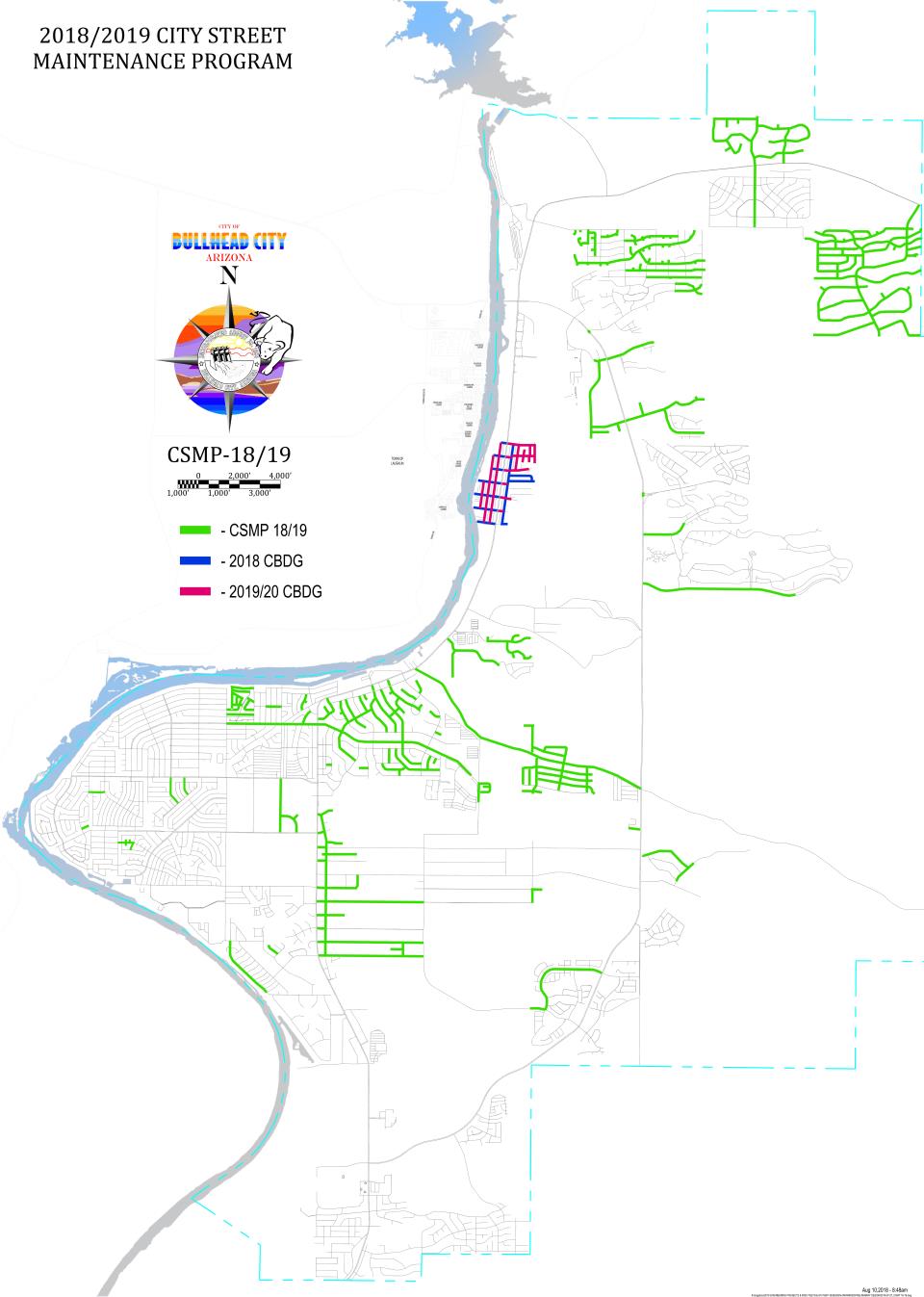 Traffic will be detoured or restricted in the construction areas and every effort will be made to minimize delays. Drivers are asked to please obey all posted traffic signs and directions given by flaggers, to slow down when traveling through work zones and keep a safe distance from traffic barriers, trucks, construction equipment and workers. Work will be completed between the hours of 7 a.m. and 5 p.m.

How is CSMP funded?