What is the Census

A quick introduction to the 2020 Census

The 2020 Census counts every person living in the United States and five U.S. territories.

The count is mandated by the Constitution and conducted by the U.S. Census Bureau, a nonpartisan government agency. The 2020 Census counts the population in the United States and five U.S. territories (Puerto Rico, American Samoa, the Commonwealth of the Northern Mariana Islands, Guam, and the U.S. Virgin Islands).

Why We Conduct This Count

The census provides critical data that lawmakers, business owners, teachers, and many others use to provide daily services, products, and support for you and your community. Every year, billions of dollars in federal funding go to hospitals, fire departments, schools, roads, and other resources based on census data.

The results of the census also determine the number of seats each state will have in the U.S. House of Representatives, and they are used to draw congressional and state legislative districts.

Participating in the census is required by law, even if you recently completed another survey from the Census Bureau. A complete and accurate count is critical for you and your community, because the results of the 2020 Census will affect community funding, congressional representation, and more.

The Current % of Bullhead City Households that have responded to the 2020 Census: 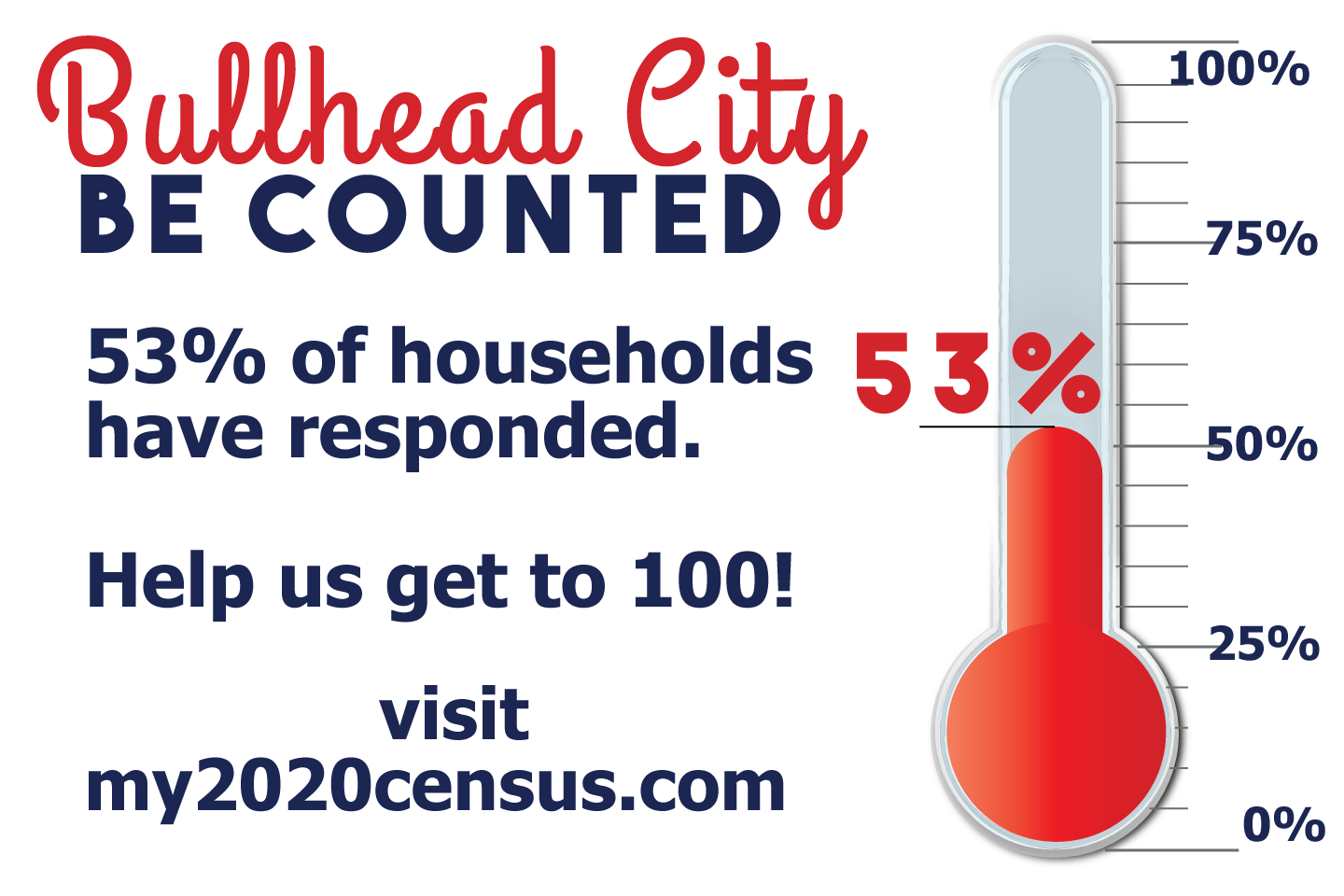 Census results shape the future of communities, as census data informs how billions of dollars in federal funds are distributed for health clinics, school lunch programs, disaster recovery initiatives, and other critical programs and services for the next 10 years.

So, while you keep tabs on local response rates, encourage others in your community to respond to the 2020 Census.

Respond to the Census Today

It has never been easier!

The 2020 Census asks a few simple questions about you and everyone who was living with you on April 1, 2020.

For the first time, you can choose to complete the census online, by phone, or by mail. Find out more about each of these methods below:

The 2020 Census is happening now! You can respond online using your computer, phone, or tablet. You can also respond by phone or by mail.

Read this online response guide if you have questions about responding to the census online.

Please note that if you are responding online, you must complete the census in one sitting, as you don't have the ability to save your progress.

You have the option of completing the questionnaire by phone. To begin, call 844-330-2020, or call the number associated with your preferred language.

Read this phone response guide if you have questions about responding to the census by phone.

To respond to the census, you can mail back the paper questionnaire sent to your home.

Read this mail response guide if you have questions about responding to the census by mail.

Video Preview of the 2020 Census

Assistant to the City Manager, Anthony Kozlowski, Answers questions about the 2020 Census